The slide archive, is well ordered and documented with two logbooks. It documents Edward joining the RAF just after WW11 and begins with his first posting to Germany through to his civilian life in the 1970’s. As curator I made the decision to concentrate on transcribing the two boxes that covered Edward’s time in the RAF as a pilot, test pilot and military transport pilot. The transcriptions end with Edward’s time as Wing Commander and pilot flying the Argosy and Beverly military transport planes out of Khormakasar airport, 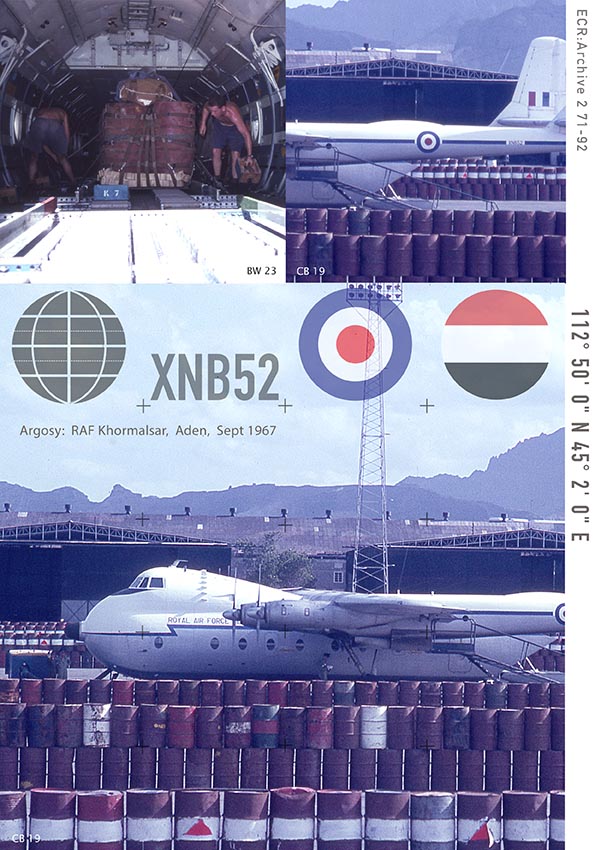 Aden. Khormaksar could be described as the gateway of Empire and was once the busiest airport in the world for both civilian and military aircraft and a major supply artery of the British Empire. Air Marshal Sir Frederick Sowrey, in the Royal Air force Historical Society journal states, ‘Aden had become the pivot of our military power in the Middle East with the dual role of defending the oil rich dependencies in the Persian Gulf and acting as a staging post on the island route to Singapore’. (Sowery 1998: 71). The transcribed prints from the slide archive can be viewed at www.lastargosy.com/gallery. The curation, design and composition of the resulting prints have been constructed to allow the content to retain its original voice, whilst allowing the audience to further investigate the context. 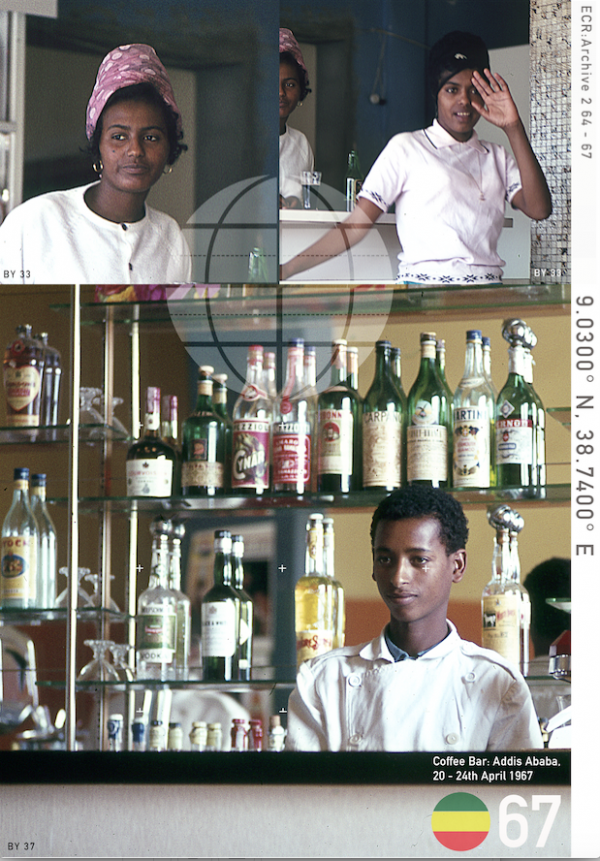