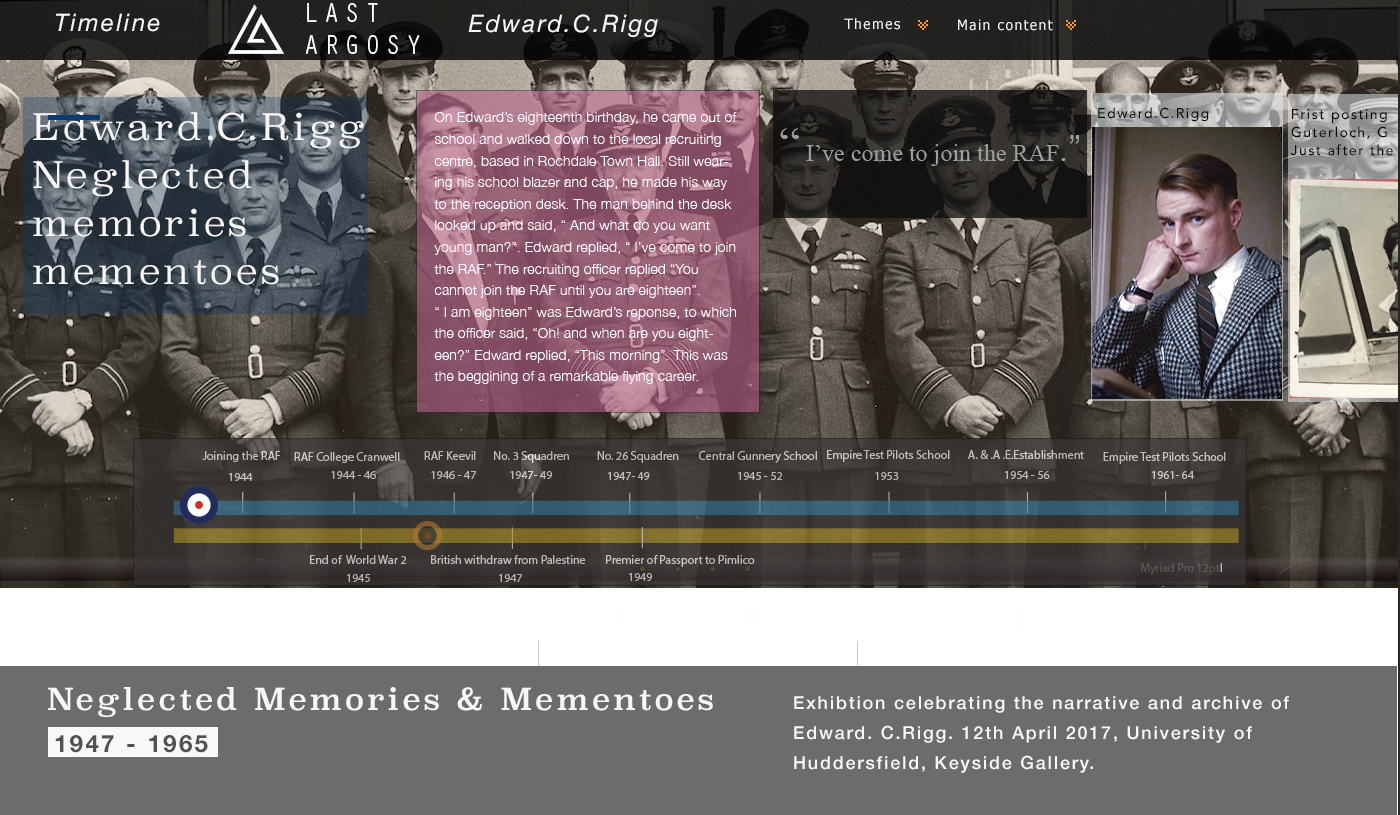 New time-line to showcase the archive of Edward C.Rigg

Proposed new addition to the Last Argosy site; a new interactive time-line, that will highlight Edward. C.Rigg's professional and personal life during the late 40’s through to the 60’s.  Edward was a RAF pilot just after WW11 and went on to be a jet test pilot and military transport pilot in the 50’s and 60’s.

The time-lime will contain interviews undertaken with Edward, his archive and auto ethnography of my own reflections of the times I have spent with Edward listening to his personal narrative. Hopefully the new edition will also highlight key moments not just in Edwards life but also the social and political aspects of the time. which relate to the archive.

The time-line will be released April 2017.